Wow, this past week felt very eventful – what a way to wrap up February! In this past week, I got to dress up (aka – actually wear makeup, wear non-Nikes, and put on a statement necklace. SO fancy.) not just once, but twice! I danced a lot, talked a lot, laughed a lot. It was a good week.

I started out the week by watching this cool gala event that ABC put on to celebrate Disney’s 60th Diamond Anniversary. I was sad because they kept on talking about this app that you could download and hold your phone up to the TV when there was a musical performance, and your phone would light up to the song – but there was too much traffic on the app and it kept on crashing. Boo. So I ended up recording it and tried it out the next day, ha. It was pretty cool! I wonder how they did it. Now that I have learned more about coding and engineering and … nerdy things like that, I’m always curious to see how other (smarter) engineers created something cool. 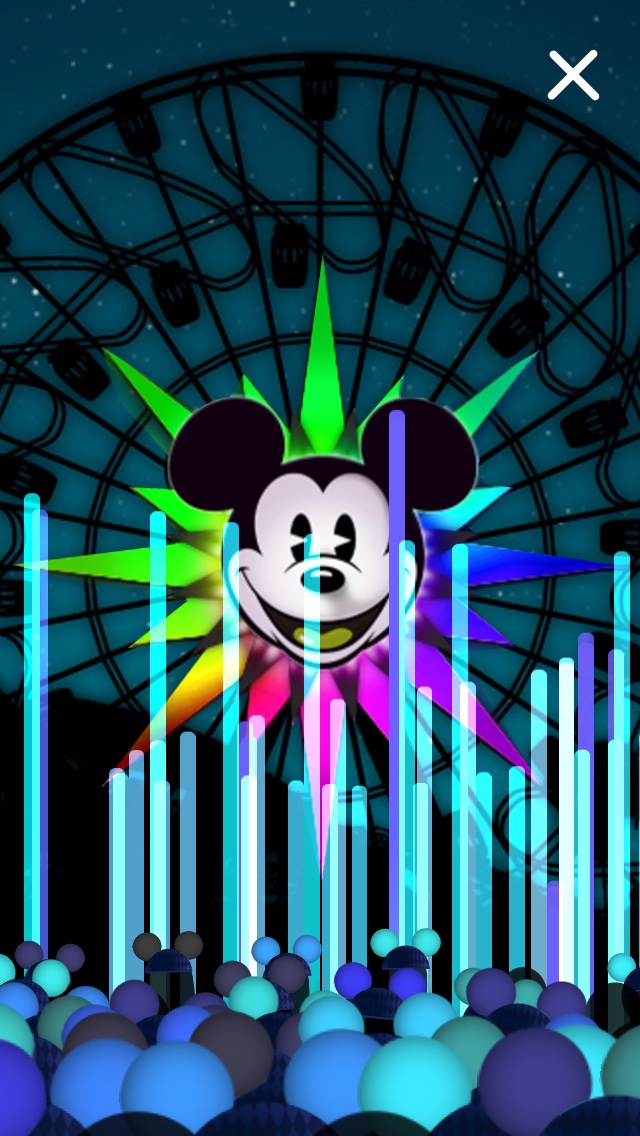 My office shares a floor with another office, and we all share a kitchen. (Also a dog. But that’s not really sharing so much as the dog basically just comes into our office to beg for food and play with us. I’m totally fine with that.) A friend of my coworker received 365 days worth of free bread from Boudin last year, and we’ve been trying to use up some of the coupons, and one day we saw this cute note taped to the microwave. 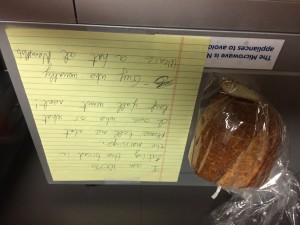 Tuesday was my first fancy day of the week. Thanks to a wonderful Christmas present from my cousin, I got to go watch Swan Lake performed by the San Francisco Ballet – I’ve seen Swan Lake before, but I have to say that I think this was my favorite version of it yet. The corps de ballet sections were exceptional and I didn’t get bored during the princess dances in Act 3. And Sofiane Sylve pulled off the black swan coda with triples in the first 16 counts of the fouettés, so brava to her. Her Odette was more artistically nuanced than her Odile, but all in all her port de bras were so delicate and refined that it was breathtaking just to see her move her arms. The most impressive, though, was the pas de trois in Act 1 – the male lead was flawless. I’ve always felt that the men of SF Ballet are a tiny bit more impressive (overall) than the women, but that’s not to say that the female principals are bad at all. We also ate oysters beforehand during happy hour. I love oysters, but I feel like it’s one of those foods that you can’t really eat a lot of even if you want to. And the photo is a photo of City Hall, not the Opera House where the ballet was, but oh well. 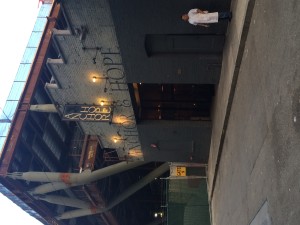 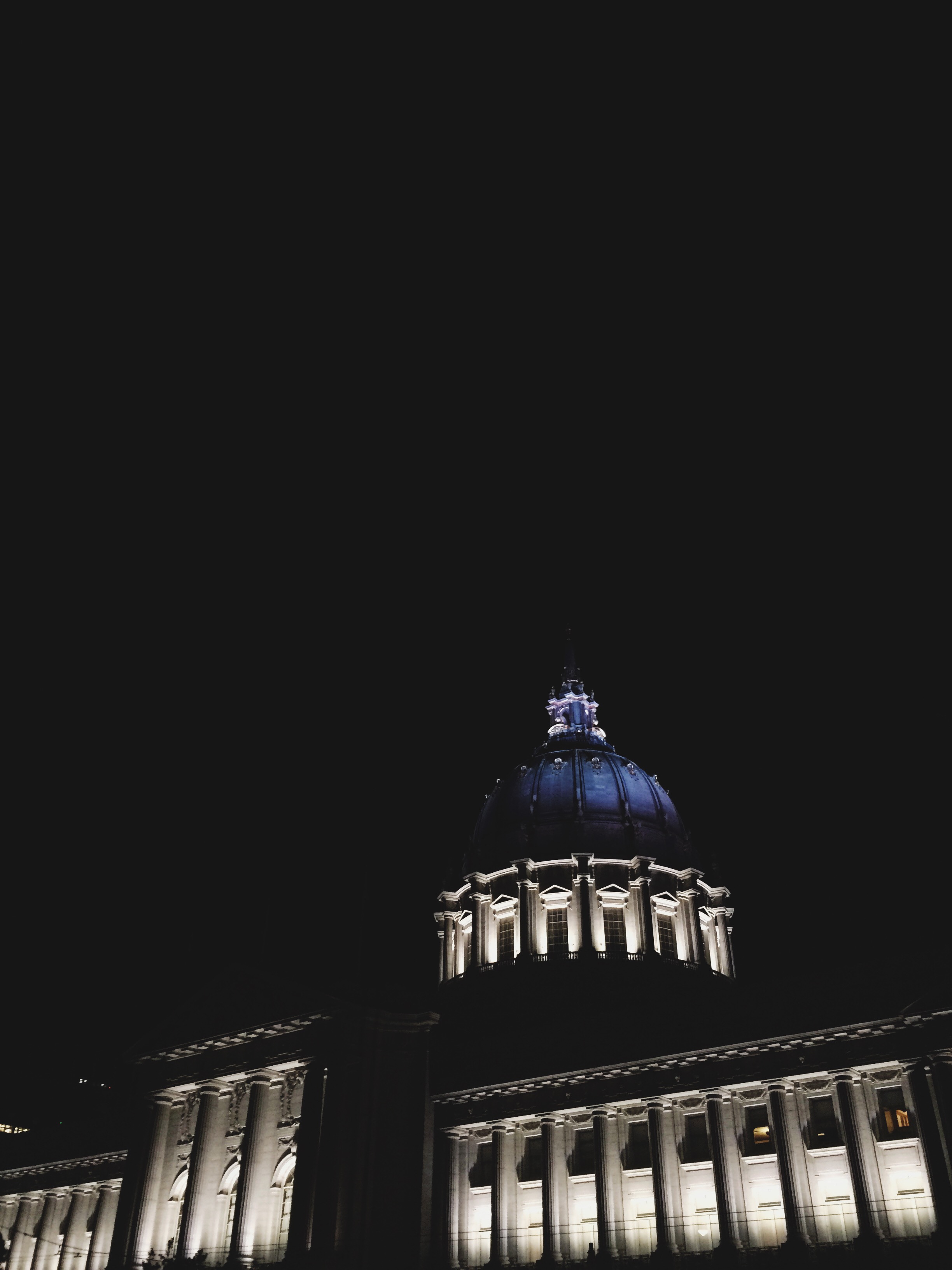 My second night of fancy-ness was when I attended a silent auction and wine fundraiser event for the Urban YMCA organization that my friend serves on the board for. It was a lot of fun! I ate a lot of prosciutto and bread and cheese, and took over the dance floor when no one else was dancing. It was in a small(ish) art gallery, and it was sometimes tricky to avoid bumping into the artwork when trying to reach the auction items. I almost won an IKEA gift card, but someone swooped in at the last 30 seconds and put their number down for the bid above mine. Darn. 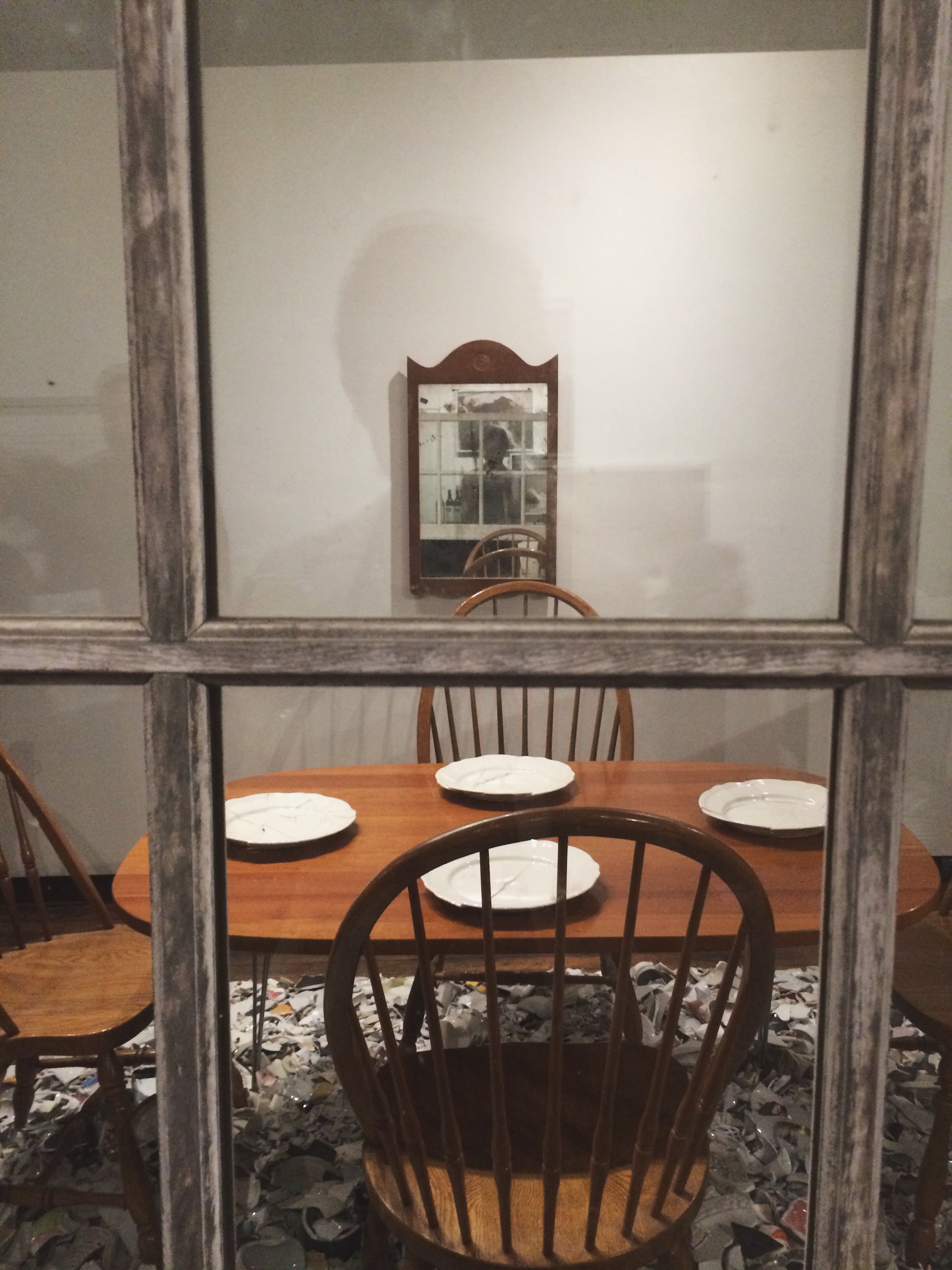 I saw this flower peeking out from behind a fence while walking to a dance class over the weekend and I kind of resonated with it. It’s funny that it’s only February (well, almost March…!!) and trees are already blossoming and flowers are popping up, but hey, that’s what makes California great. We ate lunch in Chinatown today and I dangerously took this photo while stopped at a street light. The streets are very crowded in Chinatown. 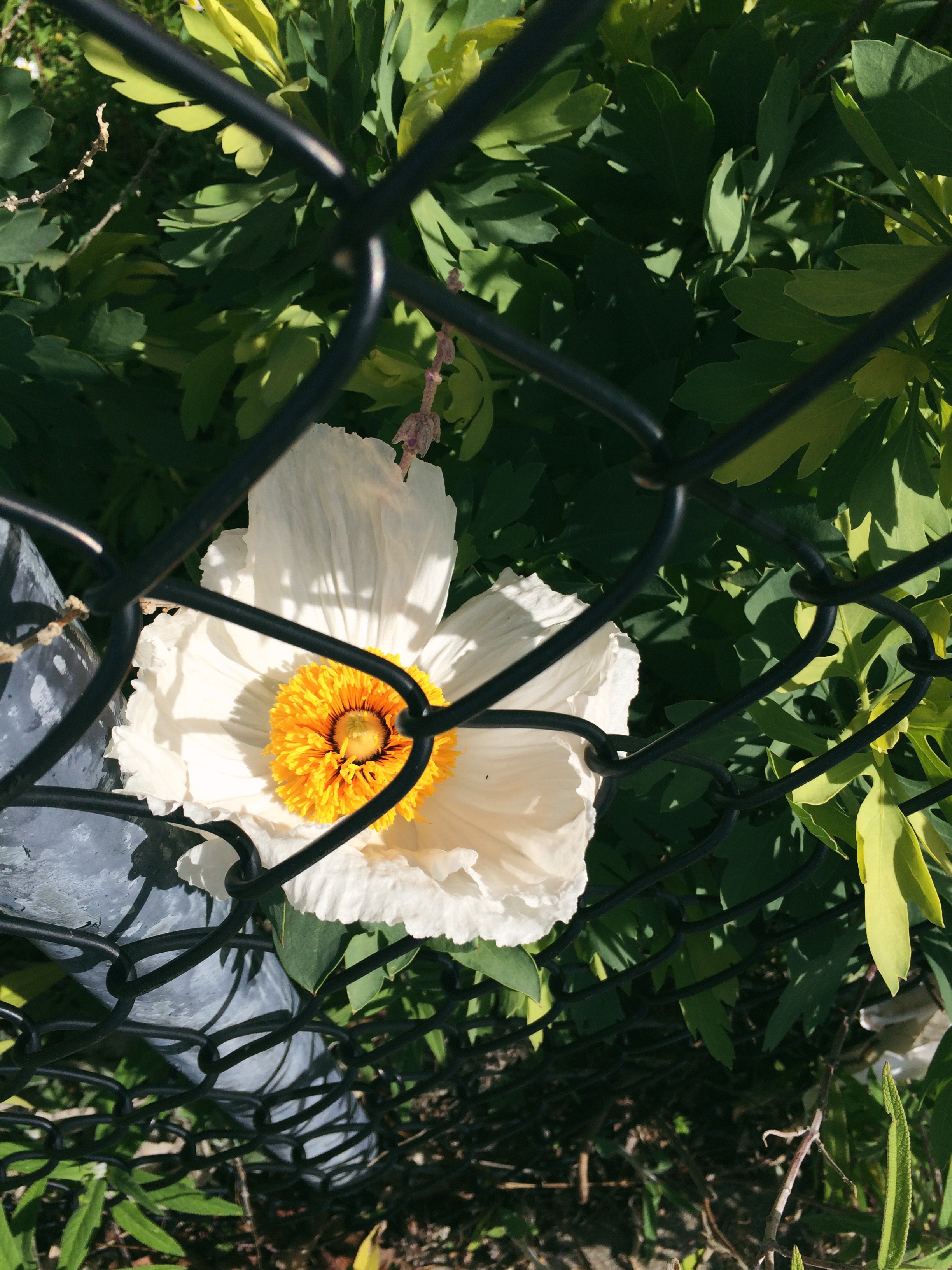 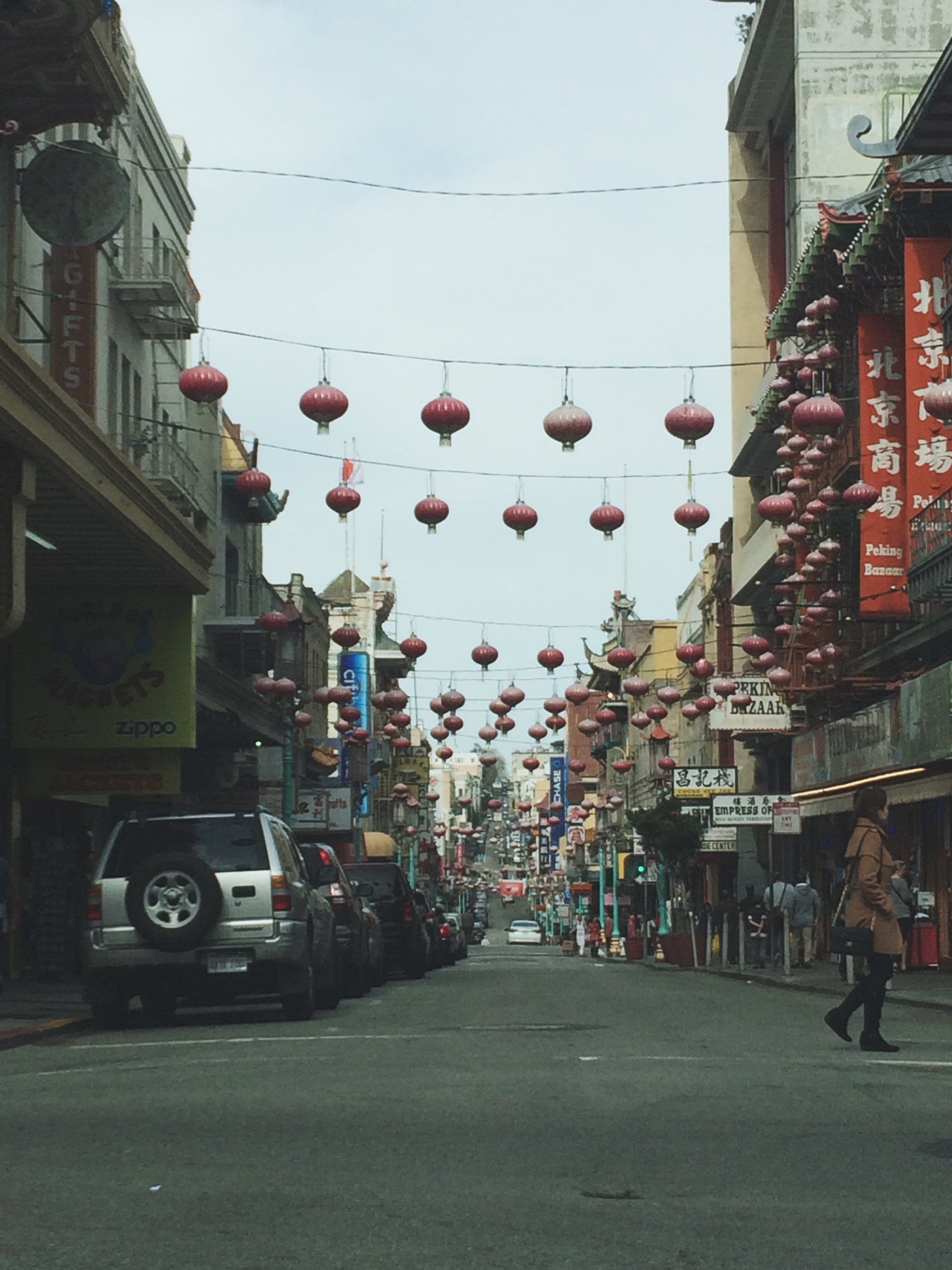 I’m sorry that these posts are turning more and more into “this is what I did and this is what I saw” sort of diary-entry posts – but at least I’ve been keeping the photos a little more interesting and not just posting food photos, right..? Right.