Extended title: On Being Mean, Being a Fan, and Thinking Before Speaking.

I had the good fortune to attend the Warriors-Trailblazers game last night and it was absolutely amazing. It’s true, it’s more fun to watch live sporting events when your team is good, and you have good seats, and I’m lucky that I had both of those. Unfortunately, I decided to think before speaking. NEVER A GOOD IDEA. Long story short, I was one of those fans who are really loud and annoying – granted, who doesn’t want to be loud and annoying when your team is down 8 and the other team can’t miss? – and thankfully three out of the four Portland fans sitting in front of me quietly took in my obnoxiousness, probably laughing at me behind their hands. But the last one didn’t, and that’s what made the difference. I can justify my actions all I want – I legitimately did just want them to cheer harder for their team while watching the game, because why be at the game if you’re going to be bored? – but again, I did not think before I spoke. I tried to be nice. I did. But you probably don’t want a little Asian girl with a squeaky voice and a Warriors shirt on giving you “advice” if you’re a Portland fan. (Aside – yesterday I heard a bit of what my voice sounds like on a recording and I am really, really sorry to anyone who talks to me for how high my voice is and when I talk fast and loud.)

Anyways, I traded team trash talk with this one girl for a little, because if you say something to me and I’m in a certain mood (and a Warriors game is definitely a good catalyst for that sort of mood) then I’m definitely going to say something back to you. And so she kept on glaring at me for the rest of the game, having to turn slightly in her seat and trying to give me side eye – and I will try not to rationalize my actions any more for the rest of this post – so I will just end the recap here because it’s hard for me to come up with words that aren’t biased, because of course I am biased for myself.

But I can say that I woke up this morning and felt very sorry that I was being mean and annoying. And I realized that I have a deep capacity to be mean, and that’s not a very nice thing to feel about yourself. It makes me feel like my friends should be wary of me, because maybe deep down they have a sense that I could turn on them at any time – and maybe that’s how I would be if I were friends with myself. I should at least want to be friends with myself, right?

Point of the story is – it’s hard to be nice, and even harder when sports are involved (or anything that involves picking a side and cheering). My takeaways from last night – It’s especially hard for me personally to be nice, but I can try harder. I am a flawed human being who should try harder to be more compassionate when I don’t know the other person, or even when I do know the other person. I should think before speaking. The Portland Trailblazers are really good. (But the Warriors are better.) 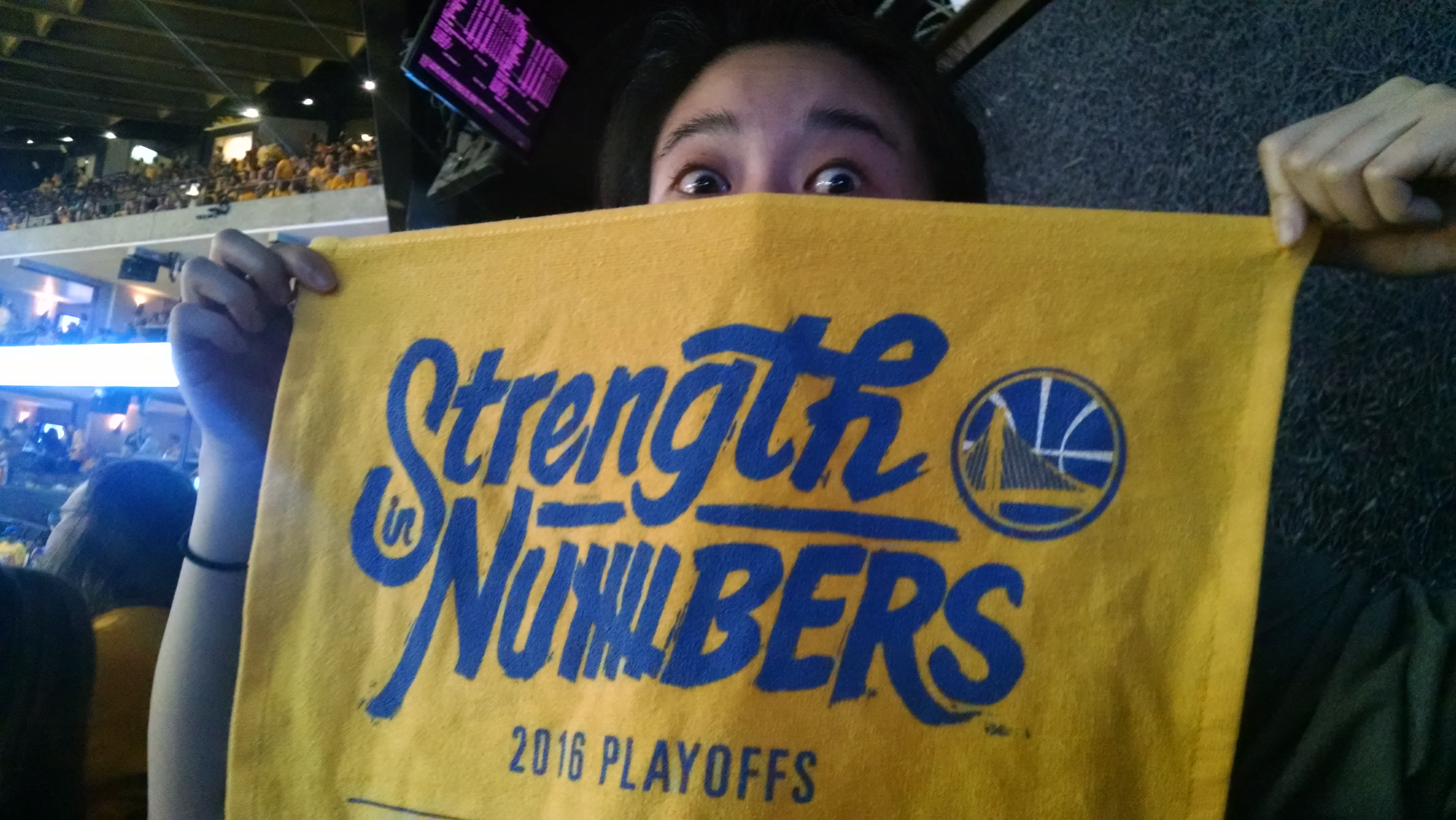